I was just saying to a friend recently, that the Holy Grail of Star Trek props is Kirk's Phaser Rifle from "Where No Man Has Gone Before".  And all of a sudden it appears!  The rifle will be at Julien's Hollywood auction April 5th, 2013. 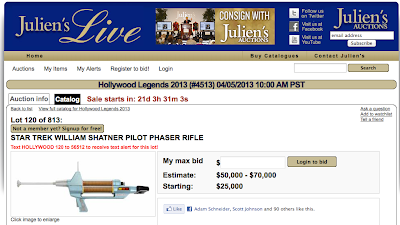 A Phaser Rifle from the William Shatner-starring second pilot for Star Trek (Desilu Productions, Norway Corporation, 1966-1969). This one-of-a-kind weapon was created by toy inventor Reuben Klamer at the behest of Star Trek creator Gene Roddenberry. When the original pilot presented to NBC was asked to be retooled for a more action-packed adventure, Roddenberry asked for a really big gun. Klamer designed and created the weapon at no charge to the production in exchange for potential licensing rights to the weapon. When production was wrapped, the piece was returned to Klamer and replaced with the now familiar pistol design used throughout the remaining three seasons of the original series. While this weapon was never seen again in the series, it was used in a number of studio-commissioned publicity photos and even represented on an early lunch box for the series. The weapon is constructed out of wood and finished with a blue/green metallic paint. There is additional detailing, including the hand-tooled aluminum barrel and spring-loaded trigger, a sliding switch to adjust the force setting, three plastic non-functional domed indicator lights and inset plastic panels as well as a telescoping antenna mounted to the top. Moveable pieces on the weapon include three acrylic “Turret Tubes” cylinders with what appears to be copper painted metal conduit with ends painted to match the three force settings. The entire turret unit turns on a center axis. The black shoulder butt also rotates to be used as a handle or shoulder stock. The weapon comes in the original custom-made case made to deliver the rifle to the studio.

Also included in the lot are copies of Inter-Department Communications from Roddenberry to Bob Justman, Bernie Weitzman and Ed Perlstein regarding the weapon as well as an original, signed letter from Roddenberry to Klamer, dated March 16, 1966. The letter informs Klamer that the series was picked up and they would continue discussions regarding Klamer’s possible involvement in creating more props for the show. Seven black and white Polaroid photographs accompany the lot showing the finished weapon from various angles with a letter to Klamer from employee AB Kander, discussing Roddenberry’s visit to the shop to inspect the rifle and approving the final product. Finally, the design plan for the rifle, signed by Roddenberry for approval on June 28, 1965. There is an additional pen sketch on the plan with some minor revisions to the weapon.
34 by 14 by 4 1/2 inches 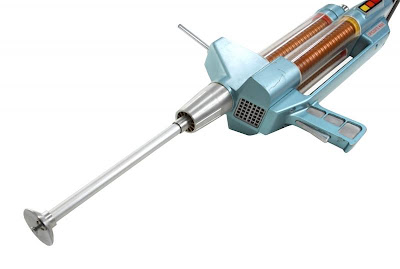 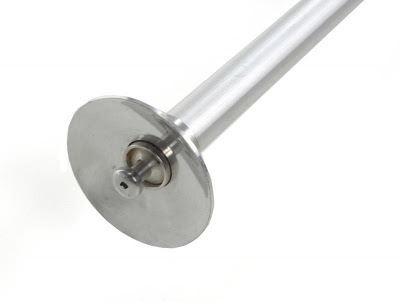 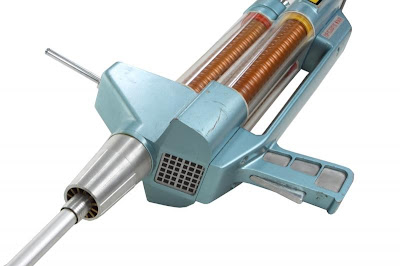 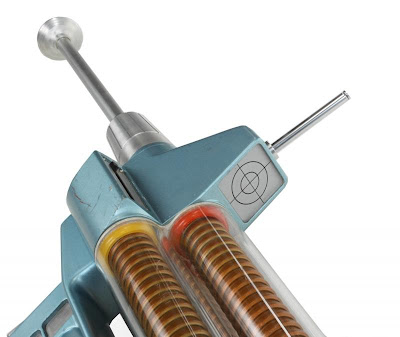 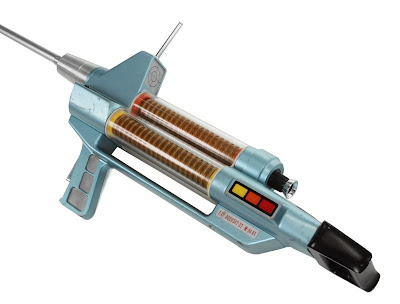 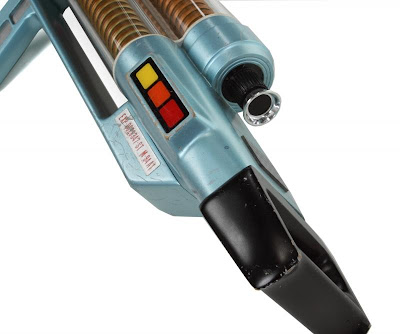 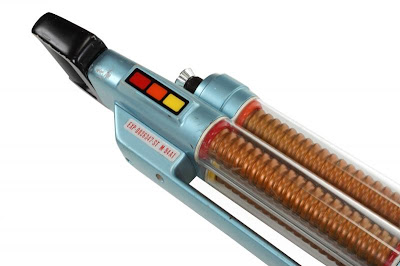 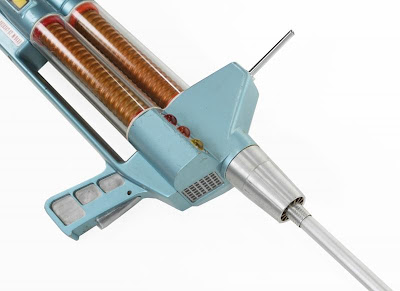 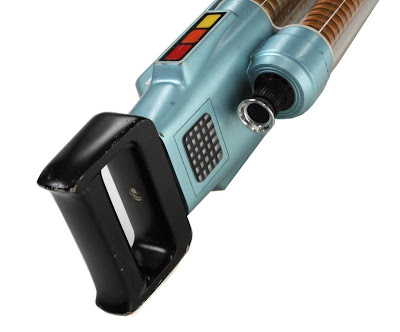 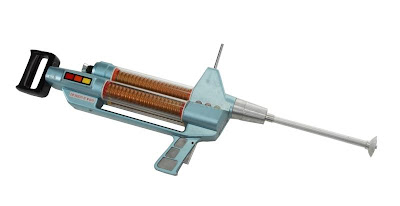 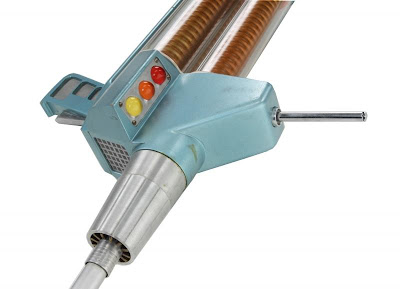 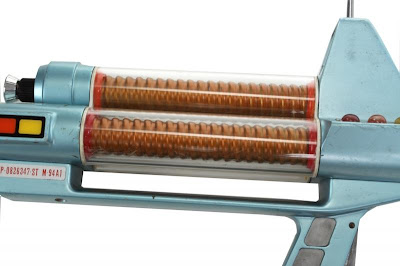 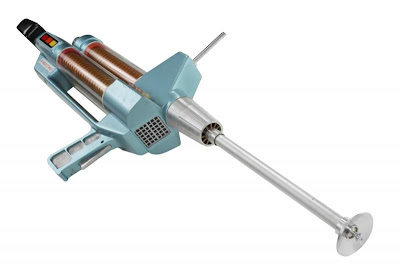 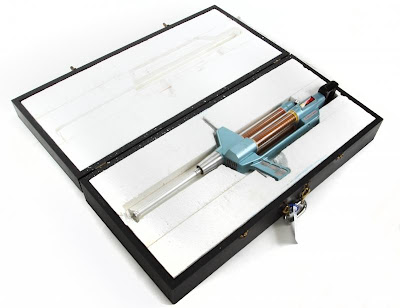 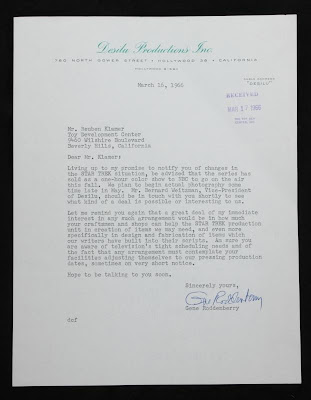 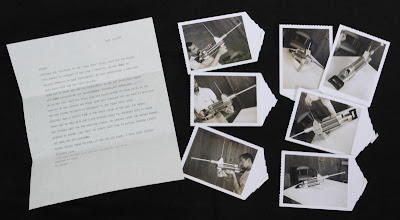 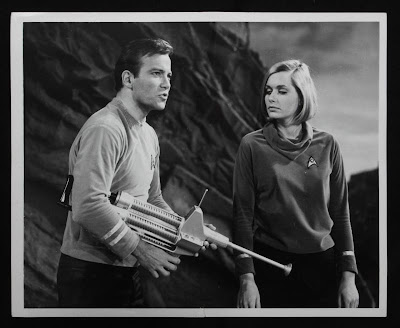 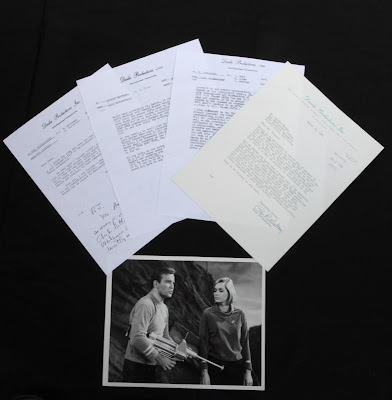 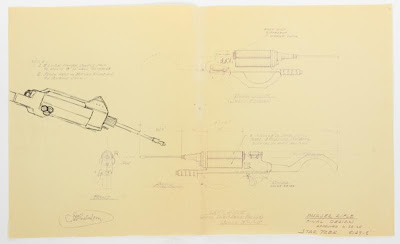