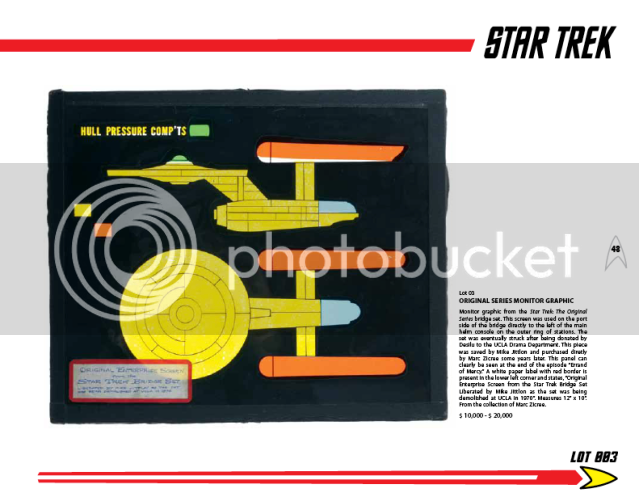 The first-ever Propworx Star Trek Prop and Costume Auction was a big hit at the Creation Star Trek Convention held at the Las Vegas Hilton Sunday, August 8th. Propworx set an attendance record with over 200 people in the audience for the event -- and another 250 registered online.

Almost $300,000 in Star Trek original props, costume, set pieces and artwork was sold, including 40 lots of items from Star Trek: The Experience, the Star Trek theme ride that was hosted at the Las Vegas Hilton for 11 years.
On the whole, the auction went very much as planned, with the props and costumes doing very well, and the Rick Sternbach original concept art and crew gifts from the collection of Mike and Denise Okuda being very affordable for the average fan.
Of the original props and costume, the top item was the Star Trek TOS Translight, which went for $ 16,800 (after buyer’s premium). One of the best surviving pieces of the TOS bridge, the translight is historic in that it shows the actual schematic of the Enterprise.
The Klingon Battlecruiser model was the second-highest item at $12,000. This is important because it was created for Star Trek: The Motion Picture but never used. Built off of the original model that now resides with the National Air & Space Museum and was created by legendary Hollywood model maker Greg Jein, this model is an important piece of Star Trek history as it was to be the first spaceship you saw in TMP before the producers decided to build the K’Tinga class ship that became the mainstay of the Klingon battle fleets until Deep Space Nine. 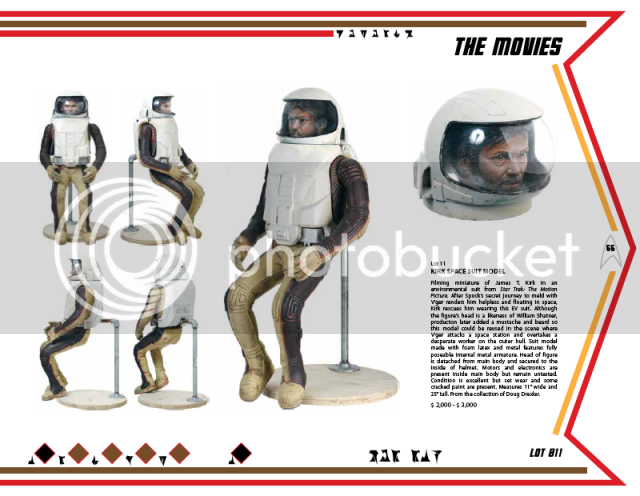 One of the highlights of the auction, besides the frantic bidding, was the appearance of Robert Picardo, our beloved Doctor from Voyager, who auctioned off the chair he sat in for seven years on Voyager. Always a fan favorite, Robert graciously spoke to the almost packed room and cheered the bidders on. His chair wound up going for $3,000 and the translight that was behind the Doctor’s desk went for a strong $2,400.
The surprise of the auction was the $8,400 winning bid (after buyer’s premium) for Data’s painting of his cat Spot! The audience went wild as three different live bidders banged out competing bids. The final bid of $7,000 brought a huge round of applause and a great deal of shock amongst serious collectors.
The auction wound up selling almost all of the 450 lots offered and there were both surprises and great deals. Stay tuned for the next Propworx Star Trek auction next year, as the success of this year’s auction has already got collectors clamoring to offer their items up in the next event.
TOP 5 ITEMS IN THE STAR TREK AUCTION
1) Bridge translight from TOS $ 16,800
2) Klingon Battlecruiser model $ 12,000
3) Kirk spacesuit model from TMP $ 9,600
4) Data’s painting of his cat Spot $ 8,400
5) Observation Lounge TOS Enterprise Model $ 8,400 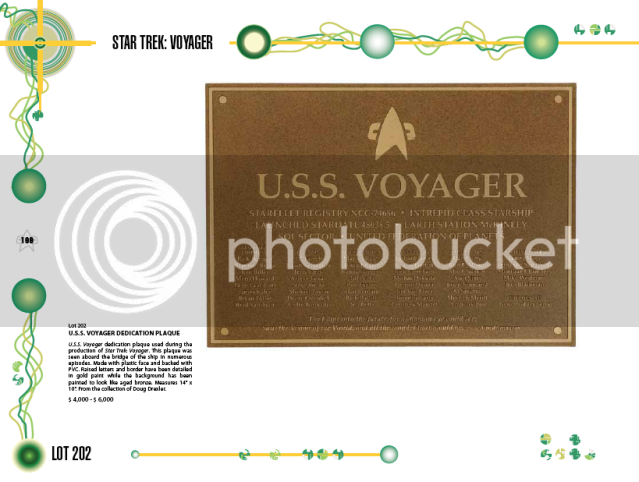 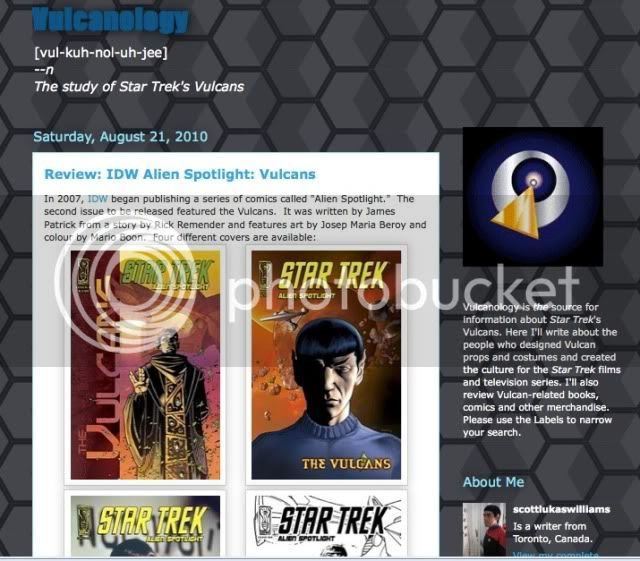 While I am writing my Star Trek auction summary, I thought I would tell you all about Vulcanology, a new Star Trek blog focused on, well, Vulcans.