There's a new player in town!

And its The Academy of Motion Picture Arts and Sciences!    The new and still under construction Academy Museum will be hosting  the iconic 2001: A Space Odyssey: the Aries 1B model.  It sold for $ 344,000 (After BP)

Most of the props, sets, costumes and models for this landmark 1968 film were purposely destroyed by director Stanley Kubrick in order to keep them from being used in other movies. This one was one of the few items that survived and was originally owned in the 70's by a public school art teacher who was given the lunar model with the agreement the electronics from the shuttle be removed to teach this technology to his students.


The shuttle model came with a detailed Letter of Provenience from the English collector, a local school teacher from Kubrick's long-time residence of Hertfordshire, England, who originally obtained it in 1975 and stored the Space Shuttle for over 40 years at his personal studio.

Watch the video describing the piece and the actual auction:

This means that the Academy Museum could be a potential buyer in any future auction for iconic pieces.

This auction has 101 lots of props, costumes and models!  There were truly amazing pieces including a TOS Phaser, the Saratoga Escape Pod model from DS9's "Emissary".
The highest prices were realized for:  Star Trek: Voyager Seven of Nine brown catsuit, $12,750;  Star Trek: TNG Medical Tricorder, $9,500; and a Star Trek: TNG Counselor Deanna Troi outfit, $8,750.
The final hammer prices for the auction are listed below.  They do not include an 18% buyers premium. 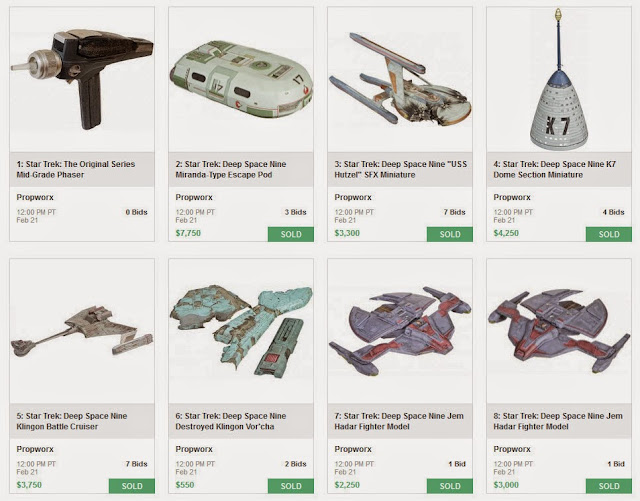 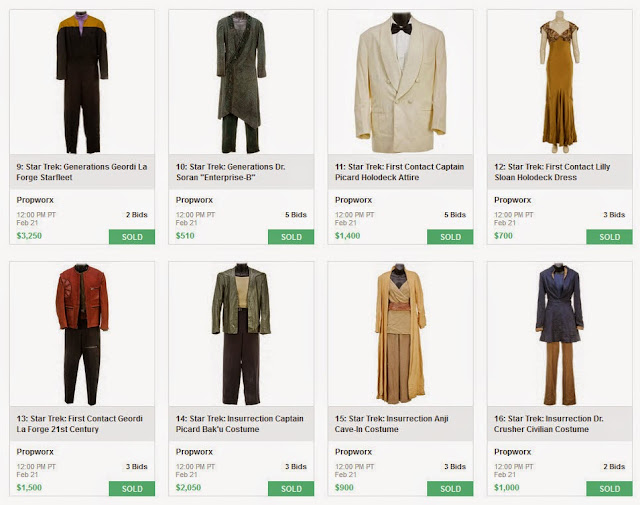 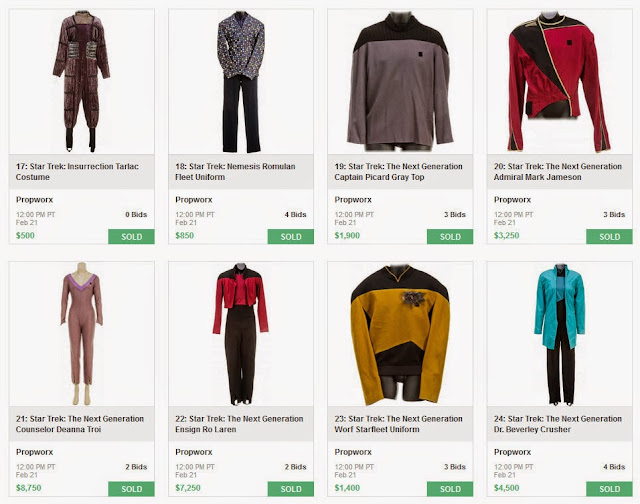 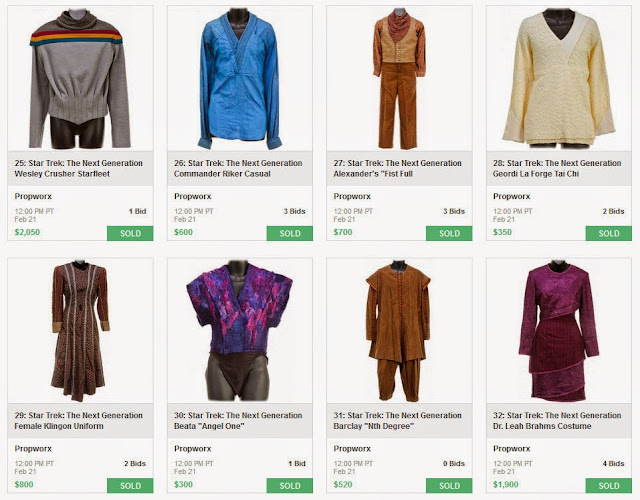 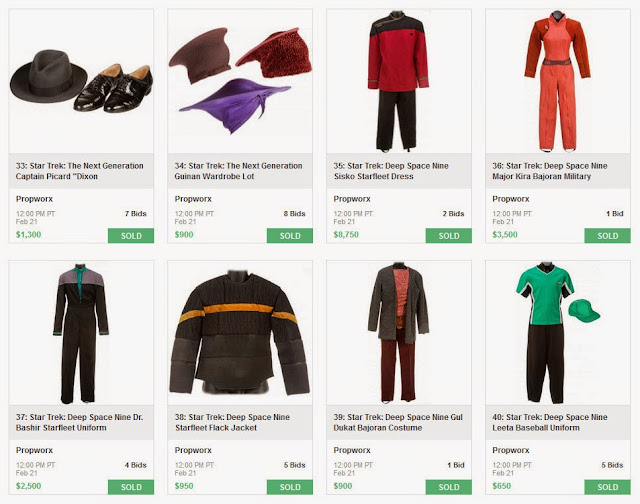 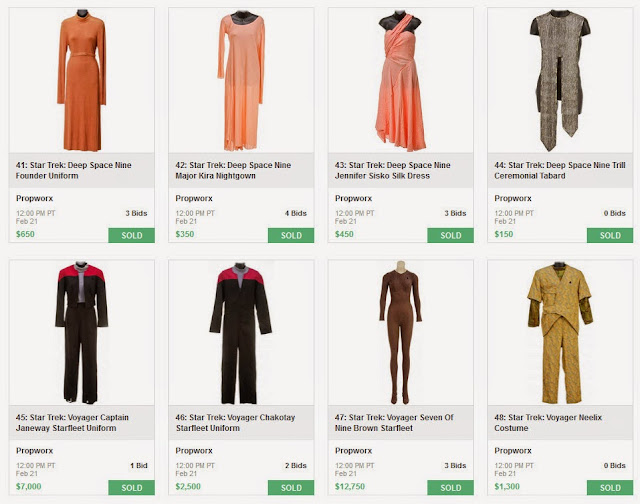 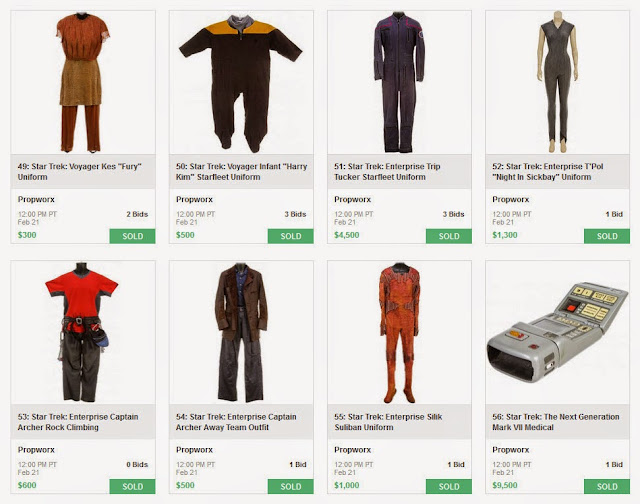 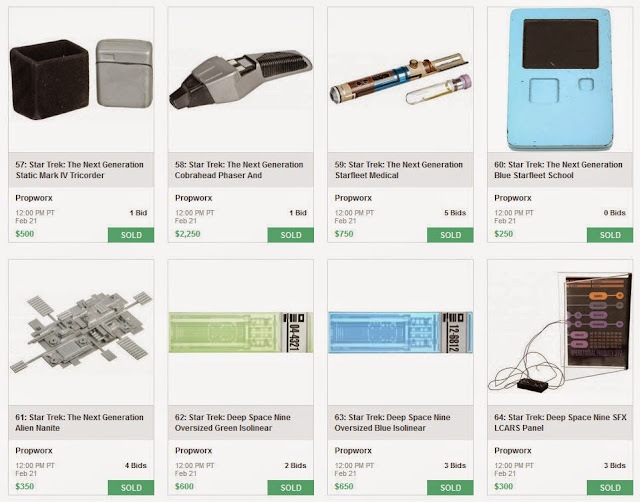 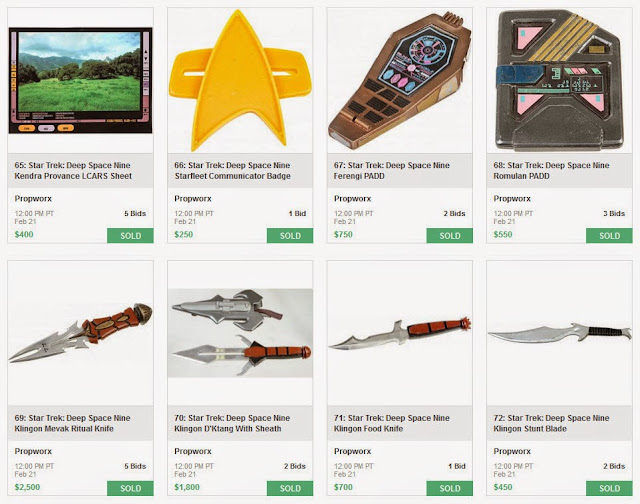 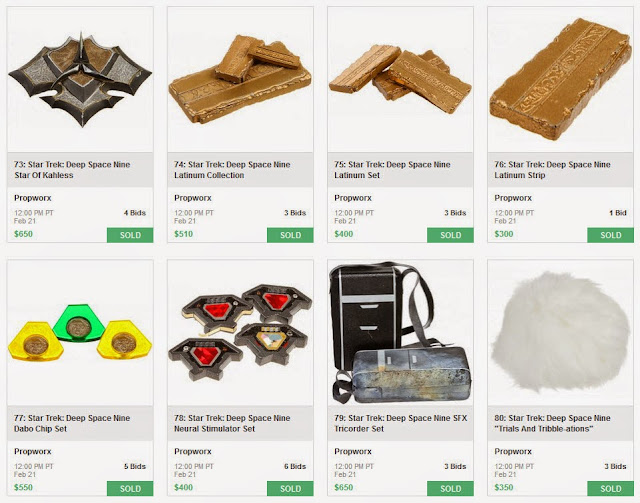 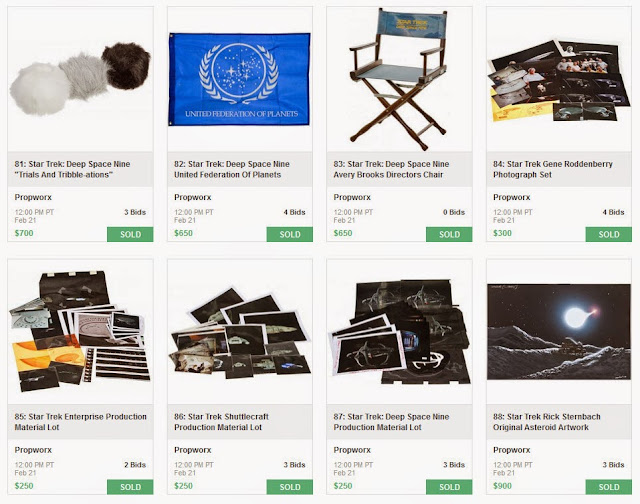 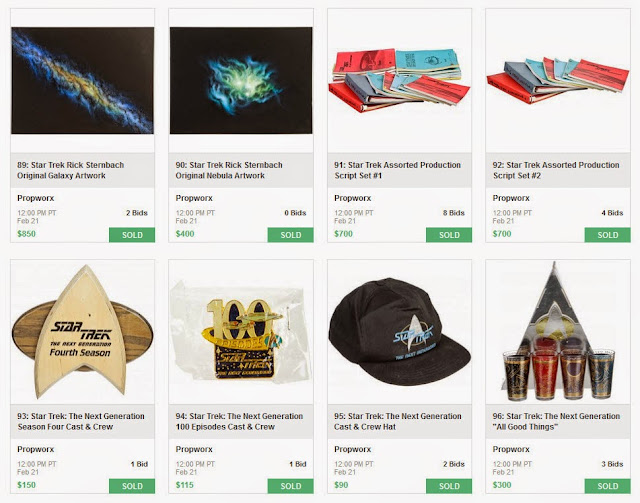 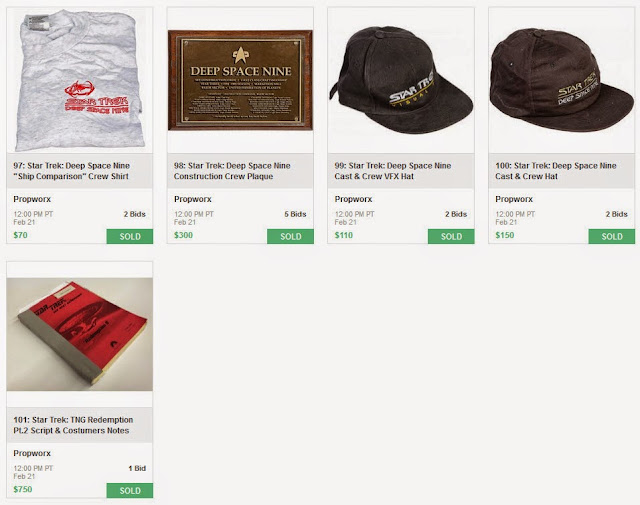 Thanks to Gerald Gurian for handling the images.